Rules and restrictions: can certain constraints benefit our writing?

It’s a familiar scene: you’ve eagerly plunged your hand into the little drawstring purse containing the Scrabble tiles, only to lift out a disproportionate number of word-resisting consonants. You’ve got a ‘Q’ with no ‘U’ and the ‘X’ has yet to deliver on its promise of eight much-needed points. Partway through the game, a compassionate opponent might suggest you swap a few letters... but no. That would be breaking the rules – and the rules, of course, are the whole point of the game. 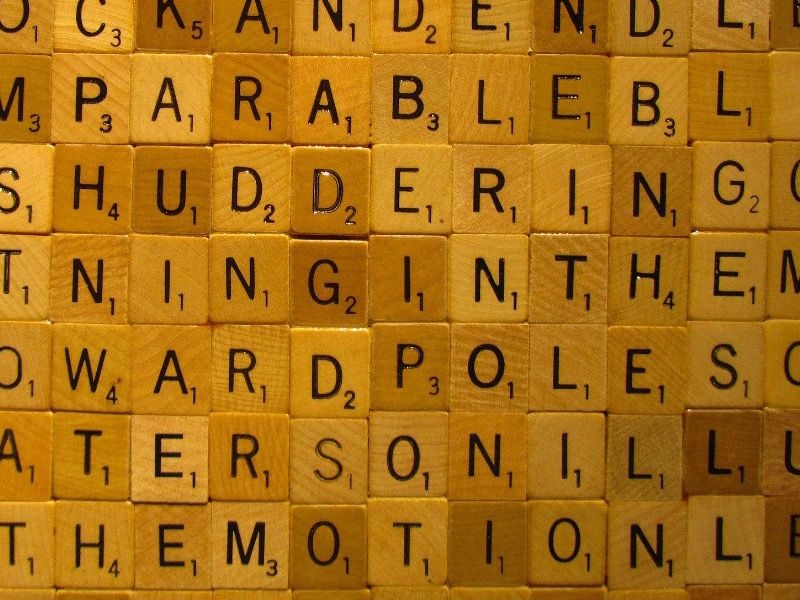 When it comes to forming words, we are constantly faced with rules and restrictions – whether these are widely acknowledged tenets of grammar, or deliberate constraints that we select and set ourselves. While strict guidelines are sometimes seen as a barrier to creativity, could it be that by applying certain limitations to our writing, we actually help to enrich it?

Members of the French literary group Oulipo would argue exactly that. Founded in 1960, the movement is based on the idea that constrained writing techniques can unleash surprisingly inventive results on the page (the term Oulipo is shortened from Ouvroir de littérature potentielle, meaning ‘workshop of potential literature’). These writers use self-imposed formulas such as lipograms (in which letters of the alphabet are deliberately left out), palindromes (where the text reads the same forwards and backwards) and the so-called snowball poem (each successive line grows by one letter, word or syllable) for the very purpose of pushing the boundaries of language. As co-founder Raymond Queneau put it, Oulipians are “rats who build the labyrinth from which they plan to escape.” (It’s incredible that author Georges Perec’s 300-page book, A Void, succeeds in completely avoiding the letter ‘e’, considering I’ve yet to write a sentence in this blog without one. Amazing.)

Naturally, literature is subject to a myriad of formal conventions – from sonnets to haikus to painstakingly structured novels. But what about the writing we do every day? What kind of parameters do we work within when producing reports, articles, marketing material or social media posts?

When, in 2017, Twitter extended its character limit from 140 to 280, not everyone welcomed the change. Many users claimed that the whole beauty of the platform was its rigid ‘say-it-in-a-nutshell’ format. But regardless of your precise word limit – be it for an article, a press release or a job application form – a prescribed length definitely makes you more aware of the value of each word. (For more on the benefits of brevity, read Rachel’s blog here.)

As for the exact choice of words, this is sometimes determined by an organisation or publication’s style guide. For example, in its mission to use “clear, accessible, jargon-free language that is understandable to all readers”, the Office for National Statistics sets out a list of ‘words not to use’ as a way of better engaging with the wider public. Similarly if you’re a company or brand wanting to emphasise your friendliness and accessibility, it makes total sense to ditch corporate or overly formal lingo (see Monzo’s tone of voice guide).

Page layout can be a consideration too. What if those four dense paragraphs for your brochure don’t fit the designated space? Could some of the content be converted into an infographic instead? And would an alternative word work better visually with that logo? The physical boundaries of design can lead to necessary adjustments that improve the overall outcome.

Then, of course, there’s the ever-present limitation of time. A looming deadline can feel like a burden – but it’s also a motivational milestone that’s pretty hard to beat. Knowing there’s a finite slot in which to complete something (even if it’s just because you fancy an early lunch) can help to focus the mind and energise your thinking. (If you really want to feel that countdown-style pressure, I recommend One Minute Briefs on Twitter – ‘One rule. One minute. One idea.’)

With the obvious exception of censorship, writing restrictions can paradoxically feel quite freeing; they challenge our own patterns of working and provide exciting new conditions in which to create. They also just might help you to get a premium triple-letter score on the Scrabble board.