The Strange Tale of the Dictionary, the Professor and the Madman

I’ve been obsessed with dictionaries since I was small. Stuck for something to read? Flick (or click if we’re talking about this century) through the dictionary for half an hour. Looking for a quick and easy party game or ice-breaker? Split into small teams with one person calling out random words from the dictionary: the team that can guess the definition fastest wins a point. So when I read about The Professor and the Madman then settled down to watch it on a rainy Tuesday evening, I was fairly certain it would be a winner for me. 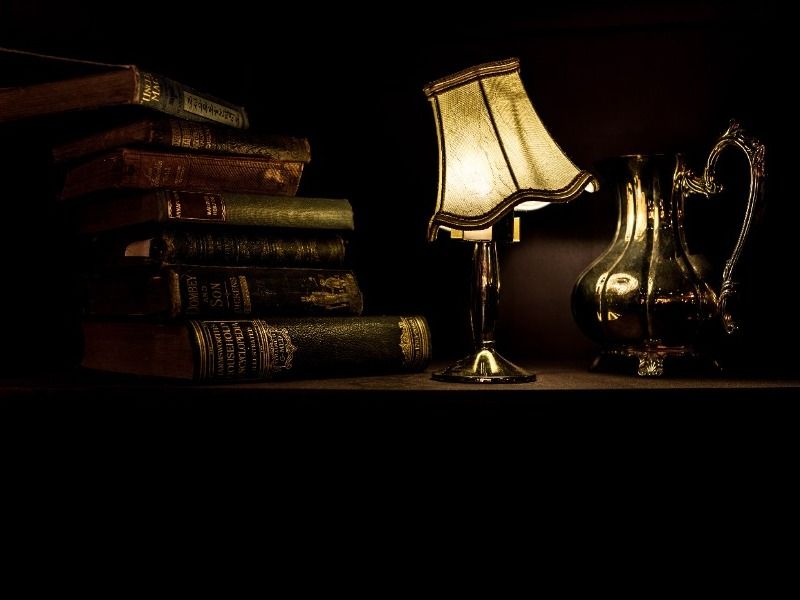 Although I loved every minute, I probably should have stuck to my principles and read the book on which it is based, The Surgeon of Crowthorne by Simon Winchester, before watching the film. The real-life story of how the first Oxford English Dictionary was compiled is truly stranger than fiction.

In 1879, James Murray, who was self-taught having left school at 14, was employed by the Oxford University Press (OUP) for the position of primary editor for The New English Dictionary on Historical Principles (which is now known as the Oxford English Dictionary). The OUP was planning to produce 6,400 pages across 4 volumes over a 10-year period but it rapidly became clear that the scale of the task was much greater, with Murray insisting that each entry (called ‘catchwords’) have a number of citations to illustrate the meaning: “For every word, in action, becomes beautiful in the light of its own meaning.”

Murray built a Scriptorium in the garden of his family home on Banbury Road in Oxford, where he could work with his assistants and to house the ‘slips’ – pieces of paper with the catchword and an illustrative quotation written on them – which began to flood to them. For rather than looking to academia, the editors had unprecedently requested help from the public in compiling this gigantic reference work, much to the consternation of some of the grandees at the OUP.

It was through this public appeal that Dr William Chester Minor volunteered to assist, using his large personal library to compile the quotations needed. He also devised a special system for organising his slips which meant that he was able to make a huge contribution to the dictionary: as Murray said in 1899, “we could easily illustrate the last four centuries from his quotations alone”.

But what the editors didn’t know at the time was that Dr Minor was incarcerated in Broadmoor (a high-security psychiatric hospital, referred to then as a lunatic asylum) in Crowthorne, Berkshire, having been found not guilty of murder by reason of insanity and sent there in 1872. The film tells the story of Dr Minor’s incredible contribution and the friendship that developed between Murray and Minor.

The final part of the dictionary was eventually published in 1928, and in total it ran to 12 volumes, with 414,825 words and 1,827,306 citations. And of course, the work of compiling and updating continues to this day as language continues to evolve moment by moment.

There is a wonderful moment in the film where Steve Coogan, playing philologist Freddie Furnivall, comforts Professor Murray, who feels defeated and asks how can the work ever be completed:

“No language can ever be permanently the same… not if it spins forth from life. … Generations after you will continue this work because you have showed them the way. But it will never be completed.”

Image by Jez Tims on Unsplash

How to get the most out of an editorial service

The seven most important punctuation marks